For this summer’s London 2012 Olympics we joined forces with ESPN Brazil to help them bring their Olympic Studio vision to life.

Two interchangeable sets were built for the studio: one containing a movable rostrum with a mounted desk and the second a more relaxed arrangement with a coffee table setting and the Olympic logo.

The photos displayed on this page are of the second set.  We also created the main studio interior, inclusive of the lit wave walls and acrylic mobiles- both of which are displayed in the photos below. 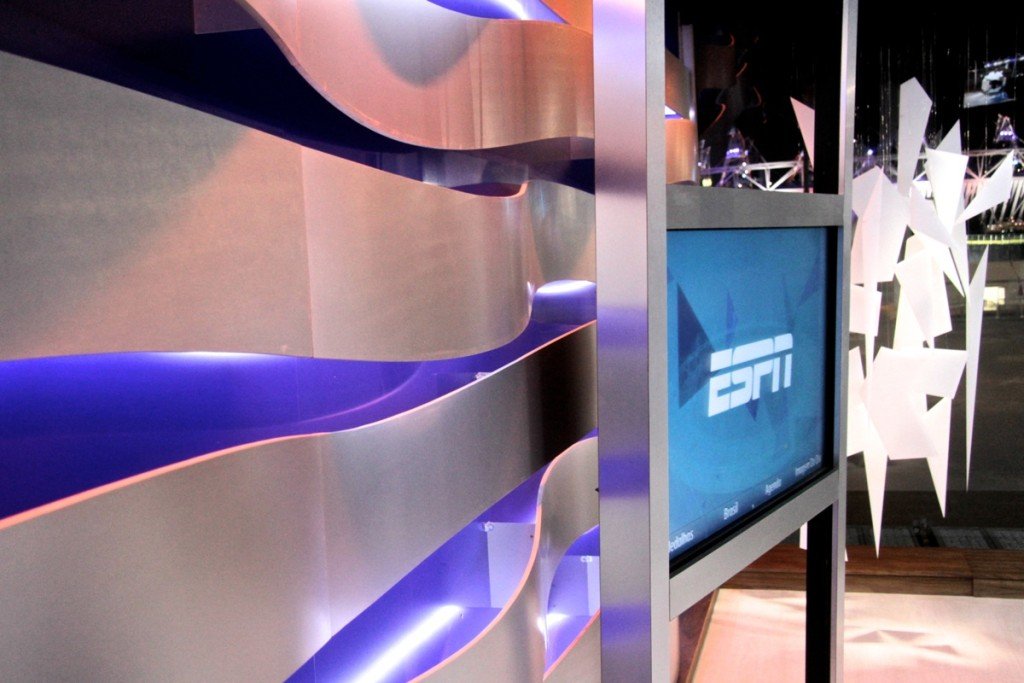 The London 2012 vinyl logo was also placed in the center of the floor to mimic the studio back in Brazil who were also broadcasting during the games. The ESPN Brazil team were live from 12 midnight-3am every night throughout the Olympic games. 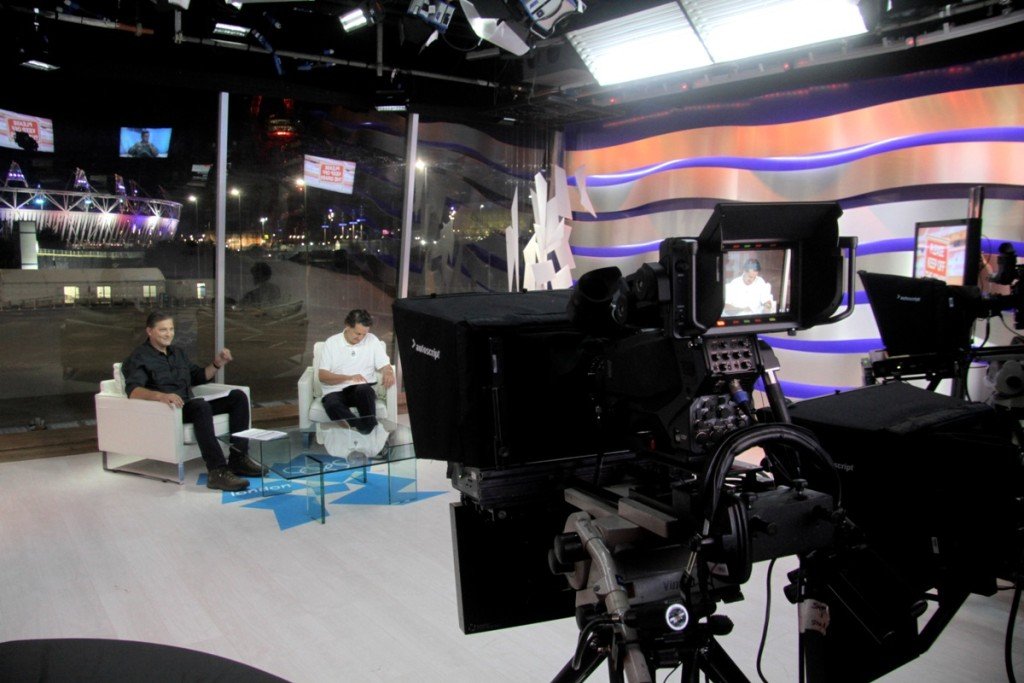 It was a great project and enabled us to play a part in the preparation for London 2012. As you can see from the photo below the studio had one of the best views of outside the Olympic park!

Many thanks to Steve from Sociates for the photos.