What is an Experiential Event?

One area of our work that has seen significant growth over recent years is the development of so-called ‘experiential events’ – creating a simulated world for people to enter and gain a real understanding of what it would be like to live in that environment. Its aim is to engage its audience with a brand or concept by making the interaction tangible, hands-on and participatory.

This concept can be used for all kinds of projects, across all kinds of sectors. Examples might include a promotional event for a video game that plunges attendees into the game’s world by redressing a room to make it feel like you are actually walking into the game. Or setting up a simulated doctor’s clinic to promote health awareness. There have even been mass sleepovers in a well-known Swedish furniture store aimed at promoting the company’s range of mattresses.

However, here at Dick George Creatives, we are particularly proud of an experiential event project with a very serious message that we first became involved with during the World Economic Forum at Davos in Switzerland a few years ago. Working closely with international refugee charity, Crossroads Foundation, we set up the ‘Refugee Run’, an experiential event for delegates of the Forum to see for themselves some of the horrific conditions displaced refugees are forced to live in across the world. 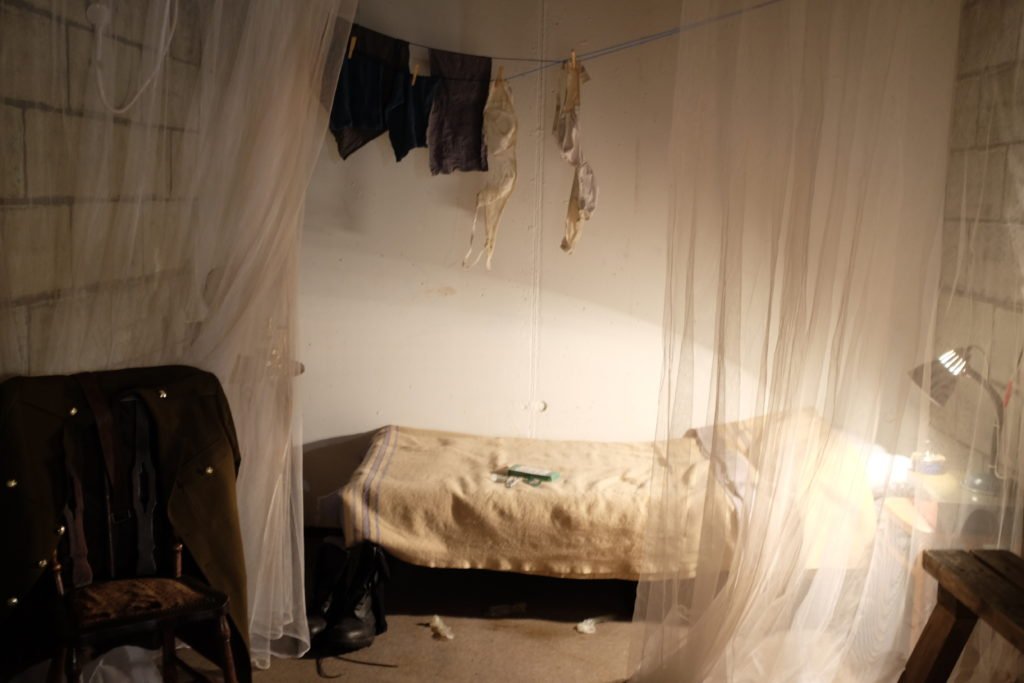 We returned again in 2017 and transformed the underground car park of the Hilton Hotel in Davos into a network of different scenes that would be heartbreakingly familiar to refugee families. Starting in the hotel reception with a life-size sculpture of a refugee family, the route then led through the transformed car park and into a village leader’s house. People were then led past a minefield and a border crossing point before being herded into an overcrowded refugee camp, complete with tents, medical centres and basic food preparation facilities.

The theme for 2018 was ‘A Day in the Life of a Refugee’. The story was developed by refugees, IDPs (Internally Displaced Person) and aid workers and experienced by delegates during 75-minute simulations of their ‘journey’ of their forced displacement, separation from loved ones, lack of shelter, food and education, vulnerability to corruption and mental agony left by these awful times.

David Livingston Okello a former child soldier/IDP said, “I think it is very important for us to bring the simulation to Davos, for participants to spend even 45 minutes in our shoes, because people like us often feel the world forgets us. They make policy and other decisions at their level, not ours. They don’t know what life is like on the ground.”

Crossroads Foundation firmly believed that actually showing delegates the desperate situation in which so many refugees find themselves would have a far greater impact than simply telling them about it. We were in full agreement, and we used our expertise in designing and creating film and television scenery and props to turn the area into a believable and realistic environment that was thought-provoking and shocking in equal measure.

We built most of the props in our studios in Surrey before transporting them to Davos for final construction, detail and set dressing. Our team was on hand for the duration of the project to ensure full adherence to the brief and to make sure everything was perfect. We’ve received many commendations and plaudits for our work, but most importantly, we managed to deliver an evocative, challenging experience that will hopefully have made a difference to many people’s way of thinking and choice of priorities during the crucial discussions at the World Economic Forum.